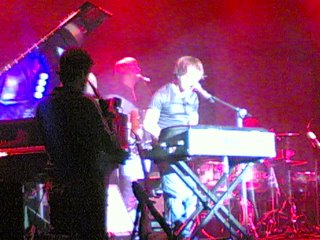 You have no idea how long it took me to come up with that hobbit/swing music metaphor…. Actually it was about 3 seconds at the gig last night but I like to give the impression there’s some work going into all of this 🙂

I’ve been a fan of what Jamie Cullum does since I heard him on Michael Parkinson’s Radio 2 show a few years back doing High & Dry from the Pointless Nostalgic album just before he’d signed the now legendary £1,000,000 deal with Universal. I’m a longtime lover of golden era singers and songwriting and there was something I heard that was above the ordinary din of “new swing”. Michael Buble it was not…

I spoke to him on the show around the time of Twentysomething and he seemed as fascinating and driven to talk to as he appeared on the CDs but for one reason and another I missed him when he played The Village and The Olympia, so last night was one I wasn’t going to miss.

Dublin’s National Stadium is a venue famed for boxing and bingo and there’s almost never gigs there these days – I said earlier here that the last time I saw anyone there was Bonnie Raitt supported by John Hammond in 91 or 92… Last night was rightly sold out. 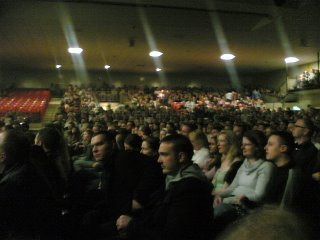 I suppose my experience of the gig is twofold – JC was great – everything I’d seen on TV before at Blenheim Palace and UK jazz festivals, his band is as tight as as bejeesus and the energy flowing from him was just knockout. 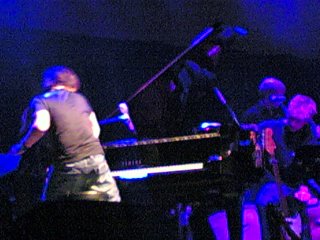 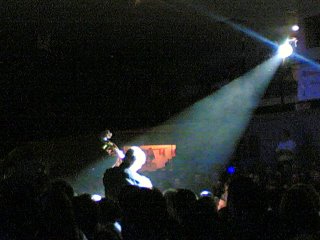 And not content with being a singer, pianist, arranger and songwriter he scratched the opening to “Get Your Way” on a cd player on his piano and even played samba drums (!) and guitar for London Skies (looking ever so slightly like an even tinier Paddy Casey in the process!) 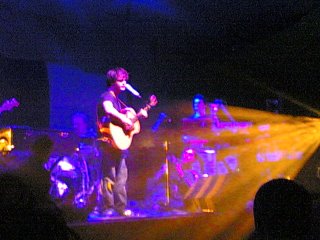 My only gripe on the night was that the venue, lovely as it is, wasn’t the right one… While the acoustics are great (he commented on them himself) having rows of politely nodding people right in front of the stage didn’t really marry with what was going on up in front of us.. I know the Olympia was unavailable but I can’t help wonder how much different the vibe would have been with a pit full of standing punters… Nothing you can do about these things – he more than lifted the whole occasion.

An all Jamie chill end to the show tonight…