Here it is, Monday night again and I’m still as buzzed as I was last week with the thoughts of a new week on the show. So many tunes, so little time… Hoping to have another guest this week, maybe some exclusive live stuff as well as the music my father, brother, wife and grandmother seem to be loving so much. Well you try doing your daily job with that lot looking over your shoulder!

Already started my Ireland V Switzerrland project as outlined in the post below. 3 games, 3-1, 2-1, 2-0 averaging out in a 2-1 win for Ireland. Having said that I haven’t played a game without Shay Given and Damien Duff so we’ll see how that goes. All your results to rick@2fm.ie or to the comments section of the post below. 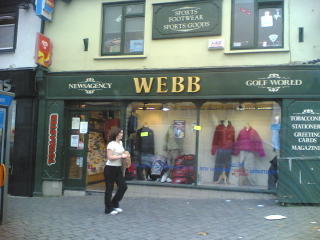 Passed Webb’s in Gorey on our way down – the site of my first ever album purchase in 1987.. Bruce Willis’ The Return Of Bruno. Yes, I am still the proud owner of it.

The town has changed a lot over the years since I used to come down to Courtown as a kid – it’s busier, more built up and even has a 24 hour Tesco! Still Uncle Sam’s, Pettitts and the Toymaster survive though… 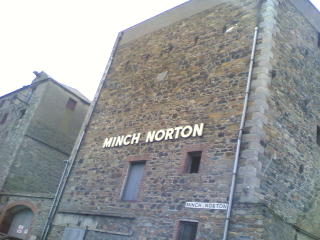 This was just outside Enniscorthy I think…. And yes, I just paid attention because I think the name sounds dirty… They’re building a shopping centre behind it I think… 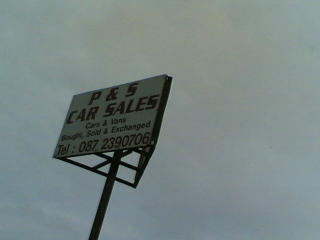 Say this quickly and it definitely sounds dirty! P & S… P&S… P’n’Is…. Whatever..

And yes, I was the only one in the car who found it funny. 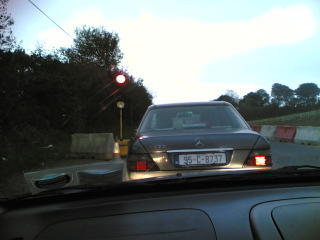 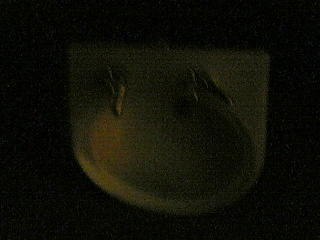 Had dinner in the best restaurant I’ve been to in ages – it’s called 33 and it’s on The Mall just beside the Tower Hotel. Had Eggs Benedict for main course (score!), frites (served in a tall tin cup) and a very sharp Australian Red for €17 a bottle. 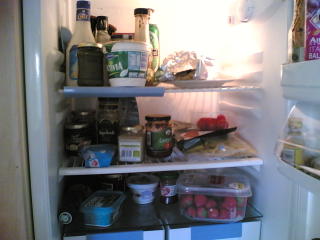 And finally the sad contents of our friend Sinead’s fridge as we went scavenging the next morning for breakfast… Despite being a happily married woman she has the fridge of a singleton. Sauces and booze.

Got post today… Actual post and that don’t happen too often anymore! A letter from a listener and someone sent me nasal spray. It’s lovely to see that in this day and age of virtual everything some people still have stamps to waste.

if you’re one of them…