Possibly not the most highbrow way of describing a lecture on American foreign policy by a 78 year old intellectual but accurate nonetheless. Sport Damo and I arrived at 6 but, true to my presumptions beforehand there were about 1,000 people in the queue ahead of us when we got to the Shelbourne Hall in the RDS. 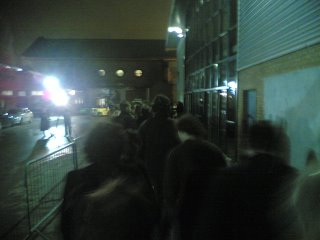 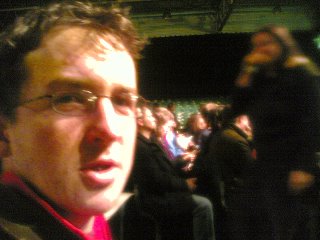 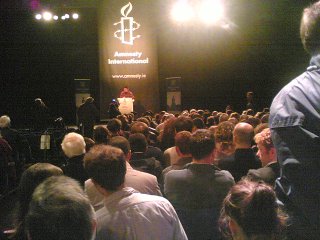 Damo, far better at spotting these kinds of things than I was, noticed Shane Horgan over to the left a couple of rows behind Ivana Bacik just as Maeve Binchy passed by. It passed the time.

We were told in Olivia O’Leary’s introduction that there were 2,000 of us in the hall and a further 4,000 on the waiting list who never got in… Again my thanks to my anonymous benefactor 🙂

Then he was on the podium and straight down to business. What “terrorism” is, how you define it (right back to the Nuremburg Trials) and why America only applies those definitions to others and not to itself. He covered “The War On Terror Pt 1” (Reagan administration c.1981), the players common to it and the current incarnation (Rumsfeld, Negroponte) and the parallels to be drawn before ranging across why Cuba is more important to the US than Iraq, why Britain in the US “spear carrier” in the whole affair going right up to why the invasion of Iraq has accentuated terrorism worldwide instead of curbing it. 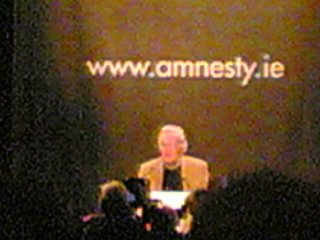 And then came the moment I hadn’t anticipated. Damo put his hand up, Olivia spotted him and there he was, spotlight on him, mic in hand, clad in Liverpool zip top and a Dangermouse t-shirt asking the world’s most prominent intellectual about the real reasons behind American involvement in the War On Terror/invasion of Iraq (something Prof Chomsky, to be fair to him, had only skirted on) and exit strategies in the region.

One to tell the grandkids about 🙂

It was all over far too quickly but a really enjoyable evening with a few new thoughts even for someone like me who reads this kind of stuff all the time.

Prime Time were there so I can only presume there’ll be a special in the next few days if you’d like to see more.