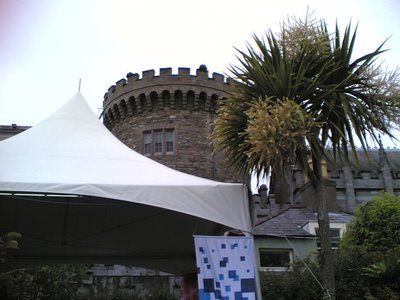 Yes, I ate too much.

Yes, I drank too much.

Yes, even though I got my ticket on a freebie I bought a load of the funny money you needed to buy anything on the day and spent it all not regretting a bit of it.

It was the Taste Of Dublin thingy on in Dublin Castle and we headed over on Saturday afternoon to check out the swanky tasters of nosh you wouldn’t be able to afford at restaurants you wouldn’t be let into in a place you wouldn’t normally be (I know, I’m exaggerating… slightly….) 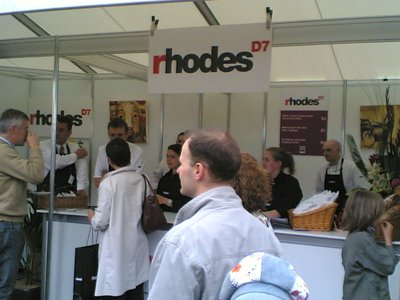 It’s a brilliant idea – in the centre a dozen or so top restaurants all selling “taster” main courses and desserts for between €5 and €8, outside the likes of Donnybrook Fair, O’Briens, Oddbins, Starbucks all doing sampling of their wares (cheeses, pates, sausages and puddings!) and selling full glasses of vino and champagne for between €3 and €5 per glass depending on what you wanted. 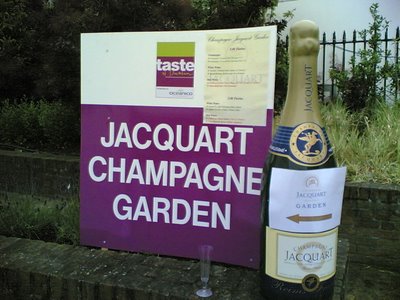 Those working there were mostly entheusiastic about their product, there was nice world music. I had a gorgeous beef thing from Yo Thai, 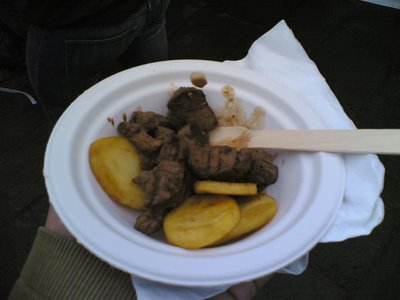 a spinach and feta pie from the Silk Road and the lushest chocolate pudding from Roly’s Bistro. 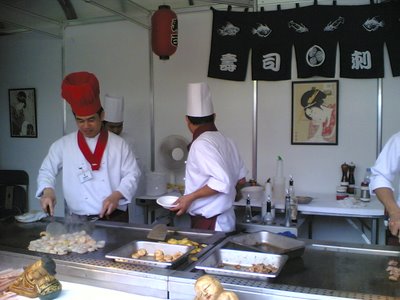 I was chatting to the guy in charge as we waited as there’d been a rush on the and they had to send out to the restaurant for more and he said they’d sold 400 of them the night before alone (although to be fair Ray had been there…. Kidding, kidding!)

Biggest queue of the day? For the fish, chips & mushy peas from the Cellar Restaurant in The Merrion. We’re all comfort foodies at hear and they were the finest mushy peas I’ve ever had.

All in all even though the day was went and it lashed rain occasionally everyone seemed smiley and happy. Best day out in ages 🙂 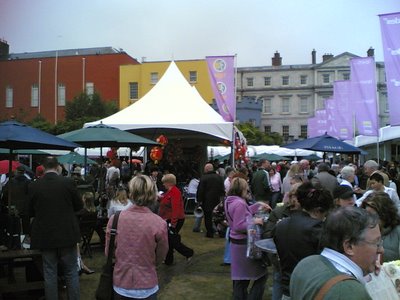 One thought on “A Taste Of Dublin (Or Two, Or Three…. Maybe Dessert Too…)”