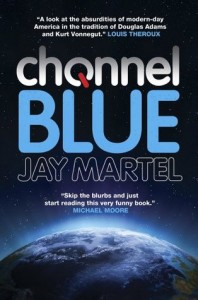 The premise is interesting enough and could have been used to turn out a brilliant satire (the human race are the unwitting pawns in a giant reality TV show for an alien civilization and the one man who can save the planet from being “cancelled” is a crap screenwriter), but the reality doesn’t deliver.

By the end I was skimming and I don’t do that often.