Alright then. I’ve made my choice and giving up on this is not on the agenda regardless of the seeming impossibility of finding time to write. However, I’m a great believer in nothing being impossible and there’s a lot to say today so do pay attention! 🙂 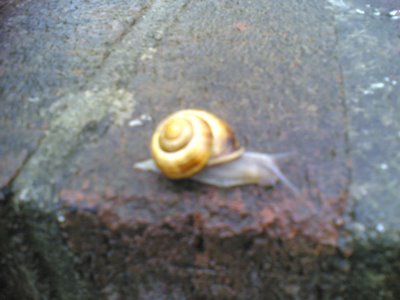 Don’t pick snails up off wet paths – apparently they need the nutrients they get from the concrete! Found that out from a texter the other night. Also found out that Ireland has a disturbing number of people who won’t allow odd numbers on their car stereo… Might explain why they were all listening to 2FM.

Thanks to Sinead for coming on last night – great idea about the women-only fantasy football league and glad to help.

Jaysus we have three more planets! This may seem like an issue of paperwork and reclassification to you but from now on kiddies are going to have to learn Mercury, Venus, Earth, Mars, Ceres (always had my suspicions about that one – a bit too big to be just an asteroid), Jupiter, Saturn, Uranus, Neptune, Pluto, Charon and the woefully named Xena. Could have been worse though I suppose – we could have a “Buffy” on our hands. No other civilisation would take us seriously if that had happened…

My son and I are very excited though even if this means his electronic model of the solar syatem is now ever so slightly out of date… Thought I might try and find a new mnemonic to help the kiddies out for tonight’s show. Best I can come up with so far is:

Xylophones (find another word for this – I dare you!)

Actually that’s extremely poor. Any better ideas? Might throw you out some cds if it’s very good – rick@2fm.ie

I’m becoming worried about petrol stations. Now before you say I don’t own a gas guzzler and I am one of those who believes that in 20 years we’ll all be driving electric cars with any luck but in recent months three stations within 5 minutes drive of where I live have all been sold to developers and torn down. Even a couple of days ago I was in need of a fill and swung by the station on Parnell Road by the canal and guess what? Yup, all gone… Will petrol soon be too expensive to buy and impossible to find? It’s one way of getting people on to public transport I suppose…

PS Ray was only half right – as 2FM isn’t actually funded by the licence fee it’s technically advertisers money I’m wasting by having Amanda write stuff here. I await angry e-mails from the people who are currently running the constipation ads during my show. And she hates being called a minion… 🙂

EDIT And the one opposite the Clonskeagh mosque is gone too!

One thought on “It Could Have Been Buffy…”