Tons upon tons upon tons going on. U2 and Green Day are performing live in the New Orleans Superdome this Monday night and will be premiering their Skids cover version they’re doing for Hurricane Katrina ongoing relief; we’ll have it for you after 6 this Tuesday.

Yeah, I know, we’re kind of U2 central at the moment.

Yes, Cyberscribe, due to popular demand there will be more mushroom photos!!!!!! These doozies are all growing in one stretch in Donnybrook! 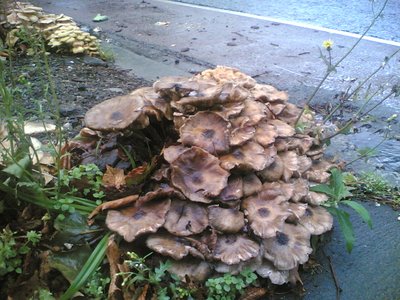 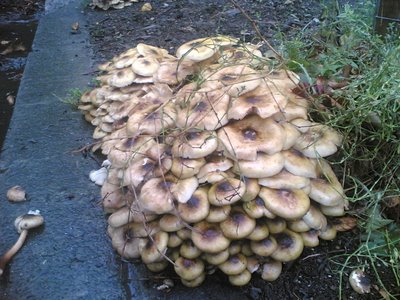 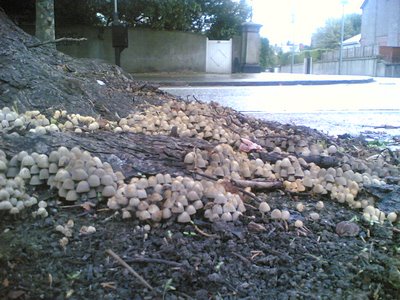 Over the weekend I saw Everything Is Illuminated and liked it so much I bought Jonathan Safran Foer’s most recent one to sacrifice to the pile you saw in a previous post! Am reading Charlie Brooker’s excellent collection of his TV columns “Screen Burn” but am not making much progress as I’m spending so much time laughing out loud with tears rolling down my face…

Not a pretty sight.

What the name of sweet flip is this all about? Answers on a virtual postcard – rick@2fm.ie 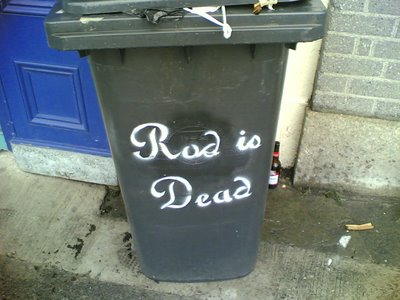 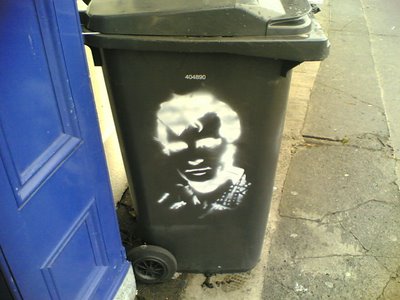 And, to finish, an apology. Wrong as usual, that’s me – the Brainwave National Conference 2006 in Dublin’s Hilton Hotel that I’m speaking at this coming Saturday morning is open to not just health professionals, but any members of the public with epilepsy or whose lives are affected by it.

Tickets are still available – buzz Brainwave at 01 455 7500 or try info@epilepsy.ie and if you’re coming on Saturday come up and say hi 🙂

Also Audrey Healy’s excellent The Singer And The Song book is out now on Hodder Headline – interviews with singers as diverse as Christy Moore, Jack L, Paul Brady, Brendan Bowyer, Steve Wall and Pat Shortt (!) all picking their favourite song and telling the history behind it. The fact that a portion of the proceeds is going to Brainwave makes it only more recommendable 🙂

4 thoughts on “Mushrooms, U2, Green Day, Screen Burn, Rod Is Dead, The Singer And The Song…”