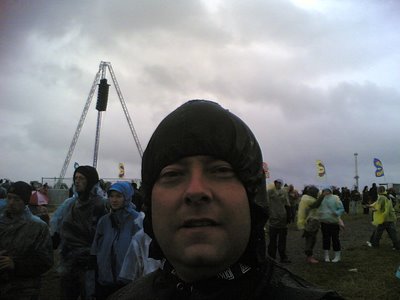 Seriously. Which one of us fecked off God so much that he brought his wrath down on us for Saturday’s Oxegen?

Obviously whichever of us it was (and I’m including myself in that bracket even though I’m usually a good boy) we weren’t there on Sunday which was, according to all reports, less apocalyptic… I blame it all on divorce, condoms and Podge & Rodge.

Managed all of 4 and a half hours standing (even in rain gear and wellies) in the driving rain, hail and gale force winds before some survivial mechanism in my body said “that’ll do Ted….” Me being stone cold sober may have had something to do with it 🙂 Going on the “log flume” ride in the fairground and getting all of the remaining slightly dry parts of my body soaking wet also may have been a factor.

While I still had a hugely enjoyable time (adversity is one of my perverse pleasures) it did at time look as if thousands of inmates from Soviet gulags had been depositied in bright plastic macs on to the dark side of the moon. With rain.

Saw some footage from T In The Park last night on BBC Three and, in dull, dreary, depressing Glasgow the sun was splitting the stones.

The story, as always, told in pictures starting with my wife’s kinky wellies. 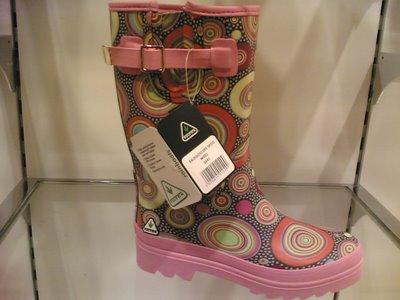 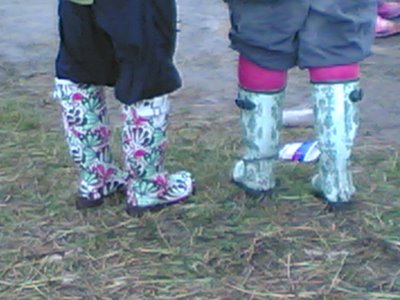 Not so well prepared…. Haven’t they ever heard of trench foot? 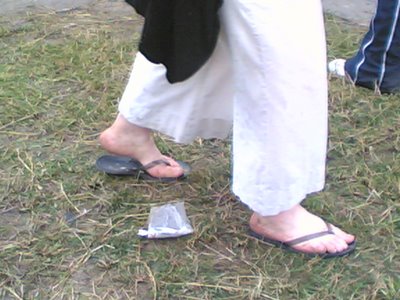 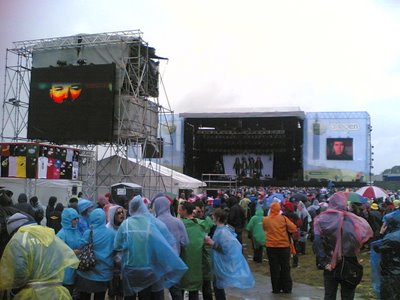 Frickin’ Blogger resfuses to load up any more photos…. This is becoming a regular problem…

How are my 4 regular readers going to see my crap now?