A thought this evening; as I’m mostly a positive person in life (though not always, I’m definitely not a “have a nice day freak”!) and I was rifling through some old folders on my PC I thought I’d share a few best bits of the show in the 5 and a half months it was on and a few pictures to go with them.

Since March, I was given advice by Gay Byrne, given the honour of paying tribute to Larry Gogan in the film made for his awards ceremony, had my name on the side of a bus: 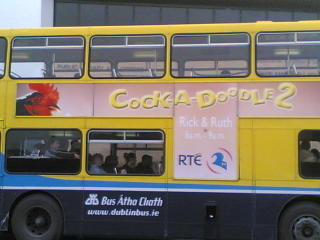 played Mallett’s Mallet with Timmy Mallett, spoke to the real Veruca Salt, had breakfast with audiences in Galway and Athlone, had a debs with audience, full house band and celebrity guests for no real apparent reason other than it seemed like a good idea at the time (!), saw REM on Glasgow Green: 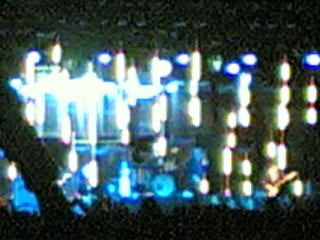 (Bit crap I know but we were fairly far back and it was dark!) Broadcast from BBC Scotland AND sat in a chair once occupied by Terry Wogan!!!!!! 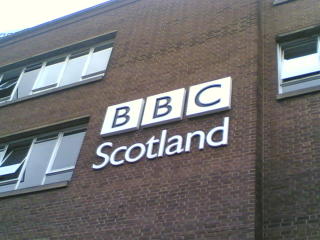 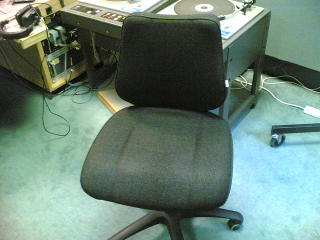 Got interviewed by pretty much every newspaper in the country, was the special guest at a midnight bookshop opening for Harry Potter: 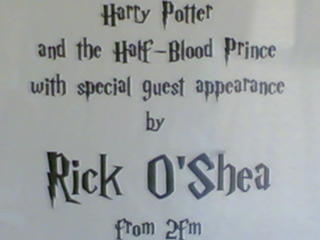 Fed the ring-tailed lemurs in the Zoo!! 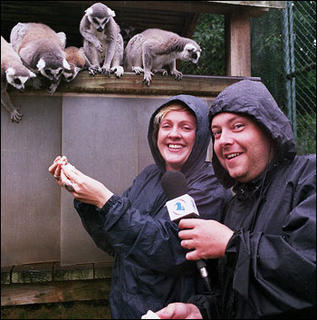 And for a brief time appeared in South Park: 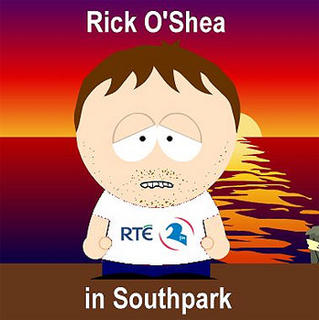 Yes, I feel like Homer telling Bart and Lisa about the Be Sharps…