I hated trying to express condolence to the family of and some love for the late Tony Fenton yesterday. Twitter, with its brevity, seems an incredibly inappropriate place to do it.

I, like so many others, grew up with Tony as the voice of my evenings doing homework when he was on the Hotline and later worked with him for a few years at 2FM before he left for pastures new. I wasn’t a best buddy, we didn’t go out on the lash together, others are far closer to and far better equipped to tell you what he was really like in person.

My tribute to him is simple, but I think appropriate.

When you arrive at a new radio station, even at the age I was (28) and with the experience I had (I’d been on air for 7 years full-time at that stage), coming to somewhere like RTE is a highly scary and intimidating experience.

As a senior presenter you can do one of two things when a young, new whelp arrives in the door. You can treat them as a threat and undercut them or you can pay it forward and just be nice to the new guys and girls who come through the door because it’s the right thing to to and you know no-one is realistically a threat to who you are and what you do.

Tony was always in the latter category. He was warm, encouraging, helpful, funny, interested and just a decent *nice* all round skin, and don’t think I’m damning anyone with the use of the word nice there – it can be a commodity in rare supply sometimes in our business. There are no other Tony Fentons, he was a one-off.

Others have far more brilliant stories about him. Mine is the phone calls I used to get every few months for years after he left here. I was still occasionally DJing in nightclubs down the country at the time and every now and then I’d get a call from the Fentone asking me what the kids were into on nightclub floors wherever it was I’d been in the couple of months previously. I’d share, gladly, because he was so giving in return.

The only thing I can do for his memory is always try and be nice to the newbies and always encourage them to pay it forward in the same way Tony once did for me.

He would have thought that was the cool thing to do.

To finish, there’s a cherry blossom tree in the back garden of my parents house. It’s called the Tony Fenton Tree. Here’s what I wrote about it here a few years back:

You’re dying to know why it’s called that, right?

Well 6 or 7 years ago when Tony was still in our place he got a little tree in a pot in as a present or a promotional thing or whatever. He had an apartment at the time so he asked me if I’d take it home. I did but there’s the rub.

At the time I was ( and still am) a bit of a nomad and if it had been planted where I was it would have been left behind one day. So I offered it to my parents and they took it for their back garden. It was long forgotten.

Then, the other day my mother says “Have you seen the Tony Fenton Tree is in full blossom?” and I was reminded… 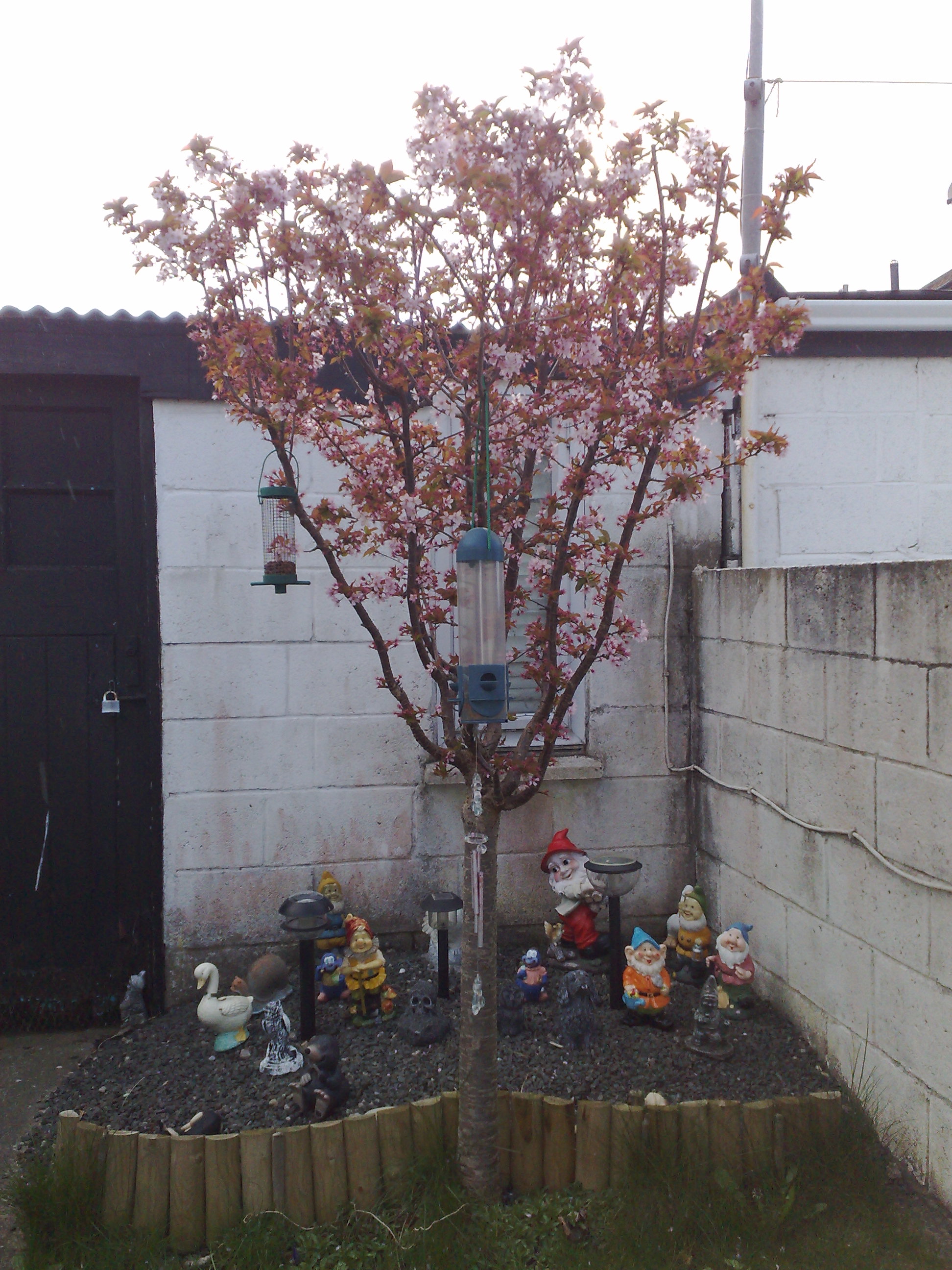 I don’t believe in god, heaven or reincarnation, but there’ll always be a place that will remind me of him in the back yard of a house in Crumlin.

Got this on FB from the lovely Pete Murphy, the radio plugger at the time who brought the tree into the office…

2 thoughts on “The Tony Fenton Tree”