Actually that’s a lie – a few thoughts from the weekend.

It’s a Knockout is back on Challenge on Sundays! In case you’ve never had the pleasure of seeing 6 people in giant rabbit suits fighting over three enormous carrots on Whitby beach on a cold Sunday in 1981 while Stuart Hall looks on dressed as a pirate complete with moving parrot on his shoulder then you haven’t lived 🙂 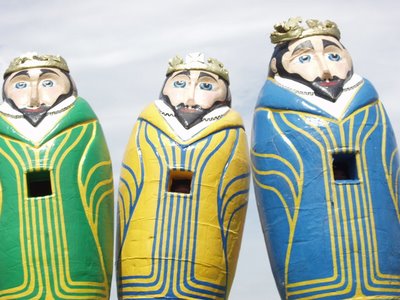 They’re showing the greatest quiz show ever too on weekdays – 15 to 1.

Is Pluto a real planet….? Just got to watching my backlog of Horizons… I’m not sure. If it is then surely 2003 UB313 is, if not then it’s just another piece of Kuiper Belt crap…

Sent out texts to 9 of my closest friends during last week asking if any of them fancied coming over on Saturday night. How many actually responded in any way?

Seriously. Does anyone else have this happen to them….? *sigh*

Twenty is thinking about coming on the new show. Sweet… Click HERE and then hit “comments”

Had my first “production meeting” for the new show today and all is just brilliant. I’ve gotten the team of people I wanted and am going to be allowed to do the show I want 🙂 It’ll be radio you can’t miss, I promise. A full posting on what’s happening to come soon.

As for Dr Who – Cybermen, Daleks and Rose narrating from the dead? What’s he trying to do to us?!?!?!?!? Part of me still misses Sylvester McCoy and aliens in papier maché masks though…