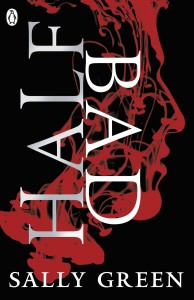 Wow. This is a special one.

Nathan is seventeen, his father is a hated, reviled, seemingly invincible black witch in hiding who appears to have killed his mother along with many others. When we first meet him he’s locked in a cage for months on the side of a mountain somewhere in the middle of nowhere being held captive trying to escape.

The story tells scrolls back, tells us how her got there and leads us into a very, very interesting world that pans out and out and out into something that could become absolutely top drawer as the series unfolds.

There are huge subtexts in the story as in all great YA. Everything from the nature of being fostered and adopted to absent parents right down to the nature of racial relations.

The last 100 pages reads almost like a cross between one of the more action filled Harry Potter moments and The Bourne Identity. Can’t wait for the next book in the trilogy…