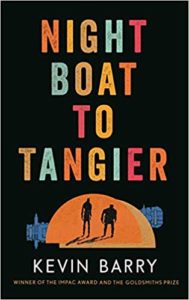 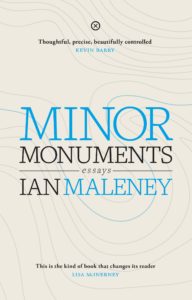 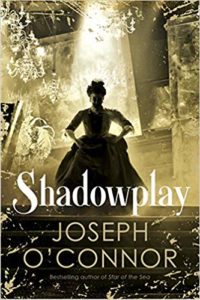 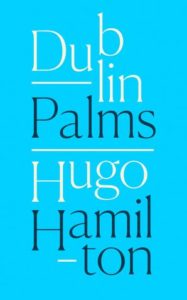 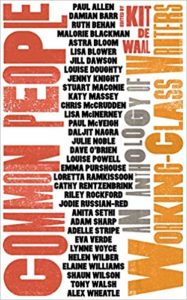 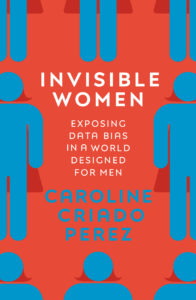 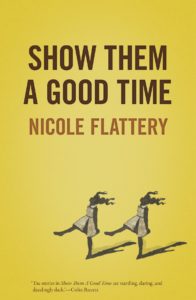 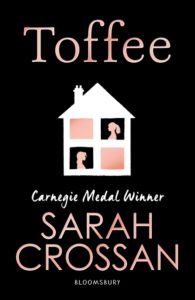 This one definitely belongs in the “to be brought on holiday” pile. It starts with a simple idea – Leon has a one-bedroom flat in London, works nights, needs money. Tilly needs a cheap place to stay, has little money and sees an advert offering a bedroom for 12 hours a day. The two need never meet.

Well, that’s like putting a loaded gun on the table at the beginning of a play. What might seem twee or light as a concept is deftly executed and then starts to deal with much more weighty themes (she’s escaping an abusive relationship, he’s trying to get his brother an appeal against his prison sentence).

Genuinely this book made me dizzy both in terms of language and where it takes us. It’s set in modern day East Belfast and deals with two fathers and their relationship with their daughters – one a doctor bringing up an unusual baby daughter on his own and a former leg–breaker who has concerns his son is the mysterious online ringleader behind a summer of malicious fires and unrest leading up to marching season.

It’s one part kitchen-sink drama, one part magical realism and all about how a long buried past can easily resurface in a time of pressure.

There are entire chapters I re-read and that just blew me away, she has a way with language that borders on sorcery. I felt like re-reading it again immediately, I think you might feel the same way too.

In case you don’t know the work of the current Laureate na nOg Sarah Crossan she has been hoovering up readers and awards and people like me who just adore her work for years now.

Alison has run away from home and finds herself hiding in a strange town in the shed of an elderly woman with dementia, who mistakes her for a childhood friend and lets her stay on…

You know the way you see people saying that they read a book in a single setting? Well I’m not that person, usually. Toffee was one of those rare books for me.

Sarah writes verse novels – there are entire pages that could be read as poems in and of themselves and it makes for a swift and beautiful read. Definitely one for teenagers in your life but, like so much YA these days, definitely one for the adults too.

A debut collection of short stories from an Irish author (God they come thick and fast these days!) A young Irish woman dates a famous comedian in New York, two college students put on a play, a series of online dates in a bizarre restaurant. Death, flirtation, a petrol station that’s not really a petrol station…

Don’t expect dullness or normality in any of these stories, they all have a gorgeous tilt of the viewing frame in all of them to make them stand out even before you read just how sharp, smart and funny they are. She also has a superb turn of phrase in places. I loved it.

It deals with everything from crash test dummies to military uniforms to, perhaps most importantly, medical trialling where the “average” patient in almost every drug trial (even those for drugs aimed mostly at women!) is a man. It them explains just how women’s lives and even mortality is affected by those processes.

I read books like this, that pull back a curtain that I didn’t even realise was there, very rarely.

For a long time now Kit De Waal (of the brilliant My Name Is Leon and       The Trick To Time) has been advocating in the UK to fill the huge gap in representation in writing when it comes to most of us – the working class. This project is part of it – made up of some better known writers (Lisa McInerney, Damian Barr, Stuart Maconie, Paul McVeigh, Malorie Blackman) and a lot of far lesser known ones all writing non-fiction essays on the subject of being working class. Beautiful in places, illuminating in others, there are rumours of an Irish version coming soon.

Dublin Palms is an impressive novel on the idea of, amongst many other things, being lost in three languages (Irish, English and German) and feeling at home in none of them. The narrator works in a marginal cultural institute in Dublin, finds himself isolated from almost everyone including his wife (they have returned home having met in Berlin) and then finds them overwhelmed with business debts and on the verge of complete collapse.

It demands your undivided attention, and that’s a good thing. I found I wasn’t getting as involved as I should in short bursts but once I had a full day to devote to it I got lost (and slightly hypnotised!)

The language is gorgeous but not full of fireworks, bells and whistles – here there’s more a cumulative effect of artistry in the small, wonderful observances of life.

The scene set is a fairly simple one – Henry Irving, the most famous actor of his generation, Ellen Terry, the most famous actress, and the theatre manager Irving hires during a run in Dublin to run the decrepit Lyceum Theatre he has just taken a lease on in London – Bram Stoker. Stoker has written a few things to little attention and needs the gig to support his family and gradually the sights and sounds around him in both the theatre building itself, the behaviours of Irving and the surrounds of London (as Jack The Ripper comes to notoriety) help him shape the idea for a novel whose own fame he will never know in his lifetime.

This was a rare enough reading experience for me – briskly paced, a plot elegantly clockworked, full of razor sharp insights on what it means just to be human, atmosphere spilling off the pages like early morning fog and full of gorgeous sentences that pulled me up short.

I’ll be interviewing him and Donal Ryan also at Listowel Writers Week.

I feel guilty for not having gotten to these non-fiction essays sooner, they’re beautifully understated Maleney lives in Dublin but ostensibly these are stranded together as a sort of long form narrative around his home in a remote part of Offaly and the gradual descent into Alzheimer’s of his grandfather John Joe. It’s full of things that are beautiful, intelligent, insightful and brave on subjects like dementia, death, memory, silence and how you can never really go home.

I’ll be interviewing him and Sinead Gleeson at, you’ve guessed it, Listowel Writers Week 😉

It’s a little less than four weeks until release but given that (with my work rate) the next set of these reviews will be at the tail end of the Summer I have to mention Kevin Barry’s new one. Two ageing Irish gangsters sit waiting, Beckettesque in the Spanish port of Algeciras for a ferry coming from Africa that may or may not contain a young girl that they want to desperately see for reasons that aren’t immediately clear.

The narrative splices back and forth to the two of them as much younger men in a shared, close, sometimes adversarial history of drugs, crime, violence, love and tenderness.