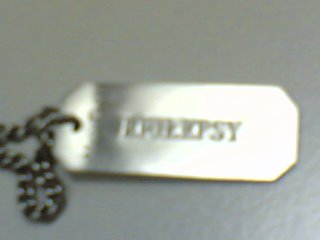 Not that it was a secret in the first place. 🙂

This morning I was a guest on Ryan T’s show (a huge thanks to him, Paul and Jack for being the first people to say yes) to talk about my new role as patron of Brainwave – The Irish Epilepsy Association, not in any mealymouthed “does a lot for charidee” kind of way but because I’ve had epilepsy since I was 16 and it was about time I turned what can be for so many people a negative thing into a positive one.

Yes, I have seizures still (last one in late 2004), yes I’ve been on medication since I was 16, no, it doesn’t make me drowsy or stop me from operating heavy machinery. It’s something my friends, family and close workmates have always known about but something that’s never been in the public domain because no-one ever asked!

If you missed my chat with Ryan the audio is HERE and only 12 minutes or so with a lot of information about epilepsy, the 40,000 people in Ireland that have it and how I once brought down the Christmas tree on St Stephen’s night…

I’ve had a bunch of lovely mails from people already today, thanks to you all :-))))) I’ll be talking about it on The Afternoon Show tomorrow after 3.30, in the Health section of the Irish Daily Mail next Tuesday and I can honestly say that I’ve never felt prouder about who I am or what I do.