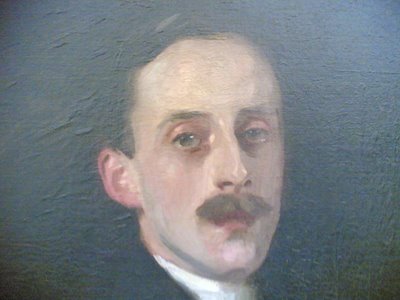 The Hugh Lane Municipal Gallery Of Modern Art as we used to call it in my day (am actually getting to like sounding crotchety saying that) was a place I spent a lot of time when I was a poor student. I went there primarily because it was quiet, inspirational and, most importantly, free in (a vital consideration for a poor student – if they’d served pints of Bulmers the place would have been perfect).

I have to admit that my attendance fell off when silly things like work started getting in the way. The last time I was there was for the Francis Bacon exhibition in…..? 98? 99? (ED – 2000 it turns out when I find and look at the book I bought at the time!) I’ve always been deeply affected by his work so it was akin to a religious experience to see so many of his paintings in the same place at the same time. Must write about that at some point. Anyhew… 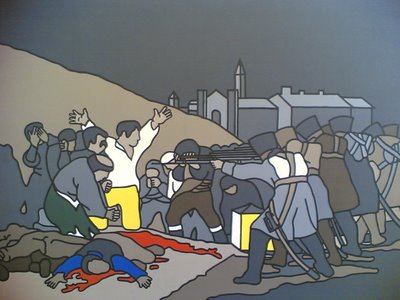 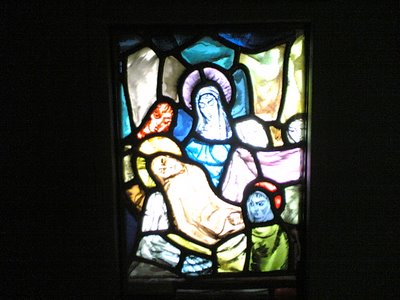 I went back last week for the first time since the refurbishment and renaming as Dublin City Gallery – The Hugh Lane last week. It’s still modern presented in old fashioned in the most and full of the things I like. Evie Hone I’ve spoken about here before – she has a room to herself, there are brief appearances by Walter Osbourne, Jack Yeats, Roderic O’Connor, Robert Ballack and the impressionists are finally all together in the same space. 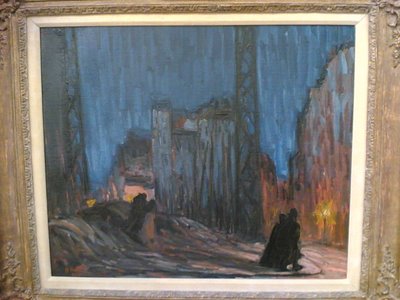 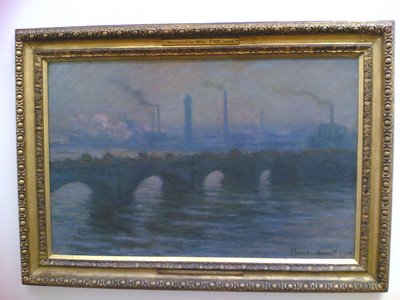 You can sweep from Monet to Pissaro through Degas and Manet until you get to Renoir’s Les Parapluies 1881-1886 looking gloriously to all the world like a poster from a 70s student’s bedsit.

If you remember the old layout of the gallery as you head down the rooms you don’t just come to the end but to a hissing sliding door to Bacon’s reconstructed studio. 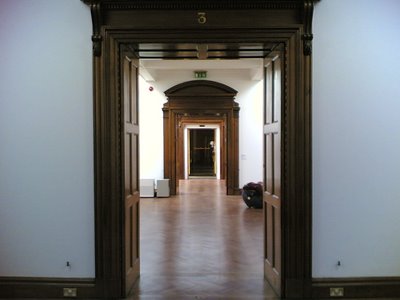 It’s been there for a few years now but it was my first time – the audio-visual terminals are absorbing and the room itself is as eerie as you’d expect any entirely transported and reconstructed place to be. I got the same sinking feeling in the pit of my stomach as I had all those years ago at the full exhibition – nice to know some things don’t lose their power over time… 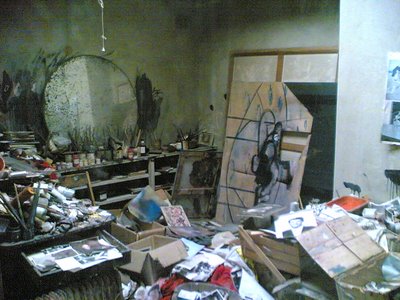 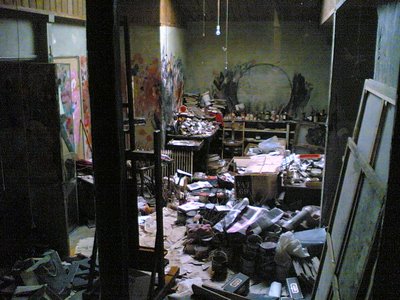 The only really disappointing thing about the section is the real lack of actual Bacon works. At the exhibition a few years ago the best of his work had been brought together from galleries around the world so maybe I’d been spoiled. What’s on display here is little more than unfinished sketches (even if one of them is his very last unfinished painting). The picture gallery of some of the hundreds of pictures found in Reece Mews is fascinating though and well worth a few minutes.

Some of the abstract galleries after that (while in lovely new spaces) just leave me cold but maybe they’ll be your cup of cappuccino. The Patrick Ireland exhibition on upstairs in a beautiful series of new rooms is alternately fascinating, insane and boring through everything from Perspex sculptures, chess sets, audio readings and even an installation that appears to be a colourfully painted room with clothes line strung through it. Infuriating but well worth the look nonetheless. 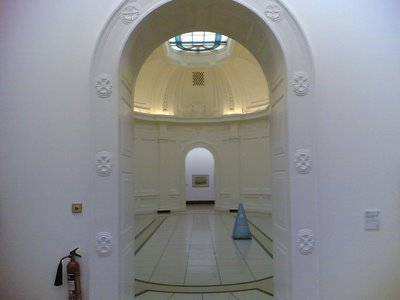 I know Parnell Square is off most people’s cultural map but it’s brilliant to see the gallery with so much more space and still with rooms that alternately interest me, absorb me and piss me off which is what any good modern art gallery should do.

All in all it’s lovely to have it back 🙂