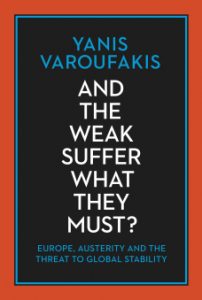 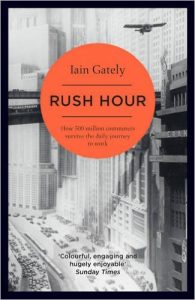 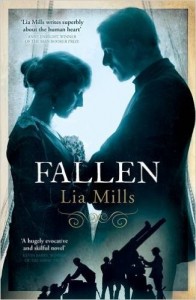 Right. There’s been a problem for a while and I need to address it if I’m going to continue to review books here. It’s simple enough.

I’m fairly overwhelmed at the moment with RTE work, other work, running the book club, reading for upcoming interviews I’m doing, writing myself (and just having a normal life outside of all that!) so, as a result, my reviews here have fallen way behind.

Just as an example – I’ve written 18 reviews this year so far but the book I’m reading at the moment is book 36… See my problem? Thus – the solution.

From now on I’ll be doing full reviews for books that I think need them (brand new books just out, ones I’m passionate about etc.) and posts like this for the rest where I give simple 2 or 3 line reviews to give you an idea what I thought.

This is the first so it has a lot of catching up to do in it. Apologies for the length.

Becky Chambers – The Long Way To A Small Angry Planet

An interesting premise and a great start but ultimately a far more serious book than it lets on that gets bogged down in what feels just shy of a thesis in places. I lost interest before the end.

This was 1 City 1 Book this year and I’m glad it was. I’ve been overwhelmed (as so many of us have) with non-fiction, fact-filled histories of Easter Week in 1916 – this story of one woman, her family and those she loves during the week brought the whole thing vividly to life. Highly recommended.

See, I love this sort of thing – an entire book on the history of how human beings came to commute and how that has affected us as a species in the 19th, 20th and 21st centuries. Ate it up with a spoon.

I liked it so much I bought a subscription… Wonderful stories from the likes of Kevin Barry, Donal Ryan, Emma Donohue, Lucy Caldwell, Sally Rooney and some genuinely gorgeous photo essays. A credit to all involved.

Margaret Atwood – Year Of The Flood

I have no idea why I left it so long to read the second part of the Madaddam trilogy after enjoying Oryx And Crake so much. A different book to the first, even though it’s in a peripheral (and intersecting) world. Maybe suffers a smidge from “middle book syndrome”. Still a thousand times better than most can pull off.

Yanis Varoufakis – And The Weak Suffer  What They Must

Much as I love him and his ideas I had to put this aside about a third of the way through as it’s very dense in places and, seemingly, not necessarily written for an audience of non-economists. I will come back to it.

Re-read this 15 years after the first time as I was interviewing him on Bloomsday. I had forgotten just what a thing of beauty it is. The story of two Jewish kids in WWII, one from New York, one having escaped Prague and how they created a comic book empire in an attempt to save a family (I am doing it no favours by parsing it this way!) Perhaps one of my favourite books ever.

Part of the Hogarth 400 series where current authors rewrite Shakespeare in contemporary novel form. Being honest it left me fairly cold. It has none of the spark of Taming Of The Shrew (on which it’s based), less of the language I love Shakespeare for (be honest – his plays are a bit cardboard without that!) and left me wondering why Kate was ever playing along with the convoluted series of events. Still, Margaret Atwood is doing The Tempest, Jo Nesbo is doing Macbeth and Gillian Flynn is doing Hamlet. Who knows what is yet to come…?