Was on The Afternoon Show today as part of the whole PR thing about becoming Patron of Brainwave. They were lovely and it was great of them to have me on.

Being interviewed by Anna was a very surreal experience… I’ve said before that the first series of Big Brother (the one she was in so, so long ago) was the only one I watched religiously so to be on a sofa opposite someone who was part of that was weird on top of weird. Studio is much bigger than I would have imagined (they’re usually smaller than you think!) but the interview was really, really brilliant 🙂

New haircut and I was far more scrubbed up than I would normally be… Don’t think it’s available anywhere on the web thank God.

Took some “behind the scenes” photos too… The green room, the studio, the coffee… 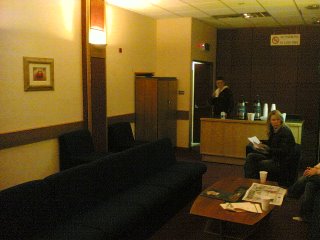 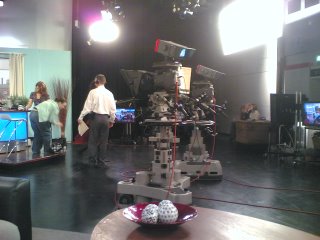 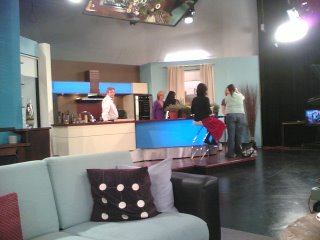 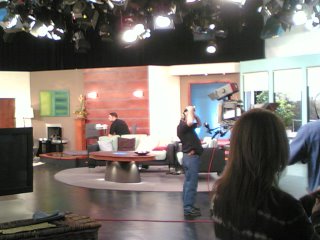 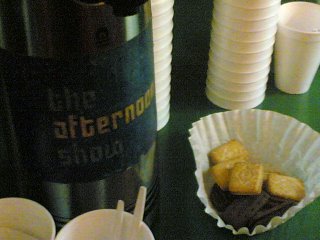