Try singing it to the theme, it can be very therapeutic ya know… I’m not one to rant or have a go at people, things or places unnecessarily here (don’t believe in the whole negative vibes thing man in general) but there are always exceptions.

Reality TV “pick a singer who’s not a minger” shows have always gotten my hackles up for the obvious reasons. They all look the same, pick people who sing the same and are far too randomly cruel to innocents who fancy their chances at the big time while holding some impossible delusion that they can sing when it’s blatantly obvious to even the industrially deaf like me that they can’t.

You know the ones I mean… The “judges” in these things only see a tiny fraction of those who turn up, the production staff send them in two types of punters – those who might make it through and those who haven’t a breeze just so that they can be cruelly “thumbs-downed” for the excitement of the baying public. I caught a few minutes of the latest series of YASpa last week and one poor girl was actually dispatched merely for admitting she’d just turned up with a mate and hadn’t intended to sing at all. Surely we’re beyond calling this entertainment?

And don’t get me started on Brendan O’Connor. Here a journo who has no discernable experience in the music industry sits in judgement of the innocents and seems to only put people through on the basis of how blonde and hot they are. Sad, sad, sad.

Although there is the ultra-cynical part of me that says the people who put themselves through this deserve everything they get. After all in most fields in life you have to put yourself through years of training, apprenticeship or gaining of on the ground to experience to get to the top. Same in music; you start off, work hard, get better gigs, a bit of notice, it all starts to pay off and hey presto! (allegedly)

All involved here think that have found the easy ride to the top without realising that there’s (almost) no such thing. Ask Donna & Joe, Gareth Gates, Hear’say, Chris Doran… Rant off…

My opinions about The Simpsons are well known. Possibly the greatest show in the history of TV for the first 8 or 9 seasons then it all went horribly wrong, become self-parody, repetetive and just damned unfunny and then there was last weekend’s new episode. In it Homer rents out his house to Fat Tony to make a porno. You see one of the great joys of it was that you could watch it with kids and, unlike Barney or Dora The Explorer, it never got tired for either of you; last weekend I actually switched off an episode for the very first time.

While my 7 year old is worldly he’s not that worldly and I’d like to keep it that way for as long as I can. Grrr…… 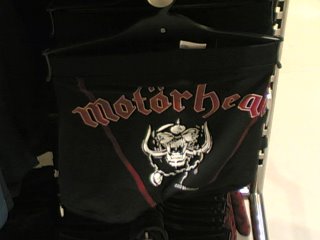 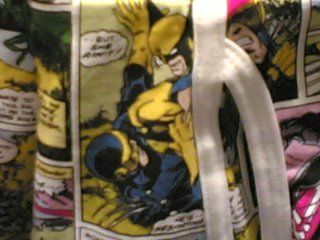 PS Forgot to mention this week on the show it’s my favourites of 2005 and 2FM Live previews from the Foo Fighters and Paddy Casey.

PPS Rick’s Alternative Xmas Eve reminder – it’s this Saturday at 6pm with all the unusual Xmas songs you don’t hear that often on the radio and live sets from The Walls, Aslan, The Frank & Walters and Penfold DM and Podge & Rodge will turn up too..