Time for September’s Facebook Book Club. I’m naming 2 books this months for two reasons. First is that many of you guys had last month’s book finished in a few days and were gagging for the next one.

The second reason is that both of these are very much “take it or leave it” propositions so if you don’t like one, you might like the other. I think both are *very* worth your time.

Thus, for September, my 2 choices are:

The Zone Of Influence by Martin Amis – set in a concentration camp during World War II in the lives of the cam commander, a civilian contractor building a factory and a Jewish sonderkommando in the camp.

Station Eleven by Emily St. John Mandel – 99% of the world’s population catches the “Georgia Flu” and die within a few weeks. 15 years later the Travelling Symphony roam from tiny settlement to settlement playing and performing Shakespeare…

Take your pick or try both and we’ll discuss here at the end of September: 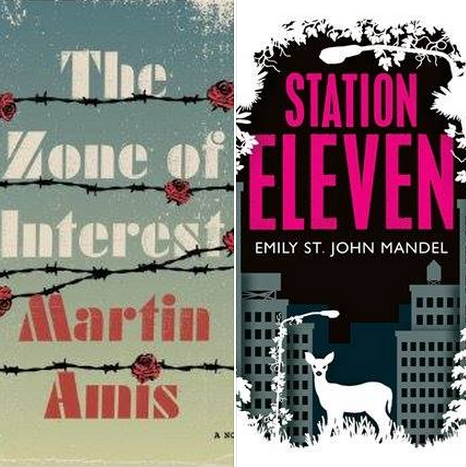