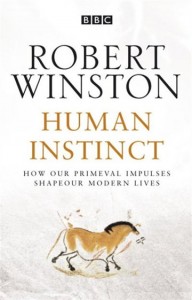 I first read this years ago and sought it out again to see whether it stood up after time. I remember it asking a lot of questions about human behaviour and how much of it is a throwback to our time on the African savannah whether we like to think of ourselves as sophisticated 21st century primates or not.

Reading it again, the first half is full or interesting ideas as to whether men and women have instincts to behave certain ways because of the cauldron in which our species grew up, how it mated, hunted, lived and died.

The second half is less so and runs over old territory I’ve read a fair few times this stage about the concept of the selfish gene and evolution in general. His involvement of religion in science bothers me in places, but I’m not going to let that come between me and a good yarn…