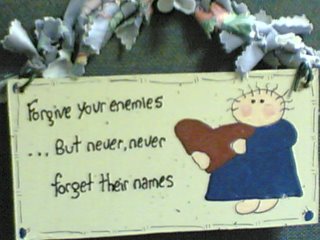 As a brief aside I always feel really good when I buy rakes of Christmas presents there as I did this year. You’re actually putting your hard earned dosh into the hands of talented Irish people who actually make stuff with theirs instead of lashing it out in chainstores like M&S, Debenhams, Next, Smiths Toys or whatever…

The subject of this particular rambling is much underrated town of Athlone (a place we visited on the breakfast show HERE and with pictures HERE) and the last couple of days I spent there.

Thanks to the brilliant Paula at the unnecessarily austere looking RTE Midlands HQ: 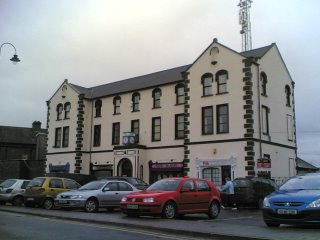 She is truly the maker of the best tea west or east of the Shannon (the Barry’s in the red box if you have to ask) and I had a great time doing drive from there on Friday. Loads of lovely texts and e-mails from you lot who obviously thought I’d disappeared off the face of the earth 🙂

Huge shout out (if one can do such a thing with text) to Michelle and all at the Radisson who are always impossibly lovely and very generous with welcoming baskets of fruit 🙂 The three times I’ve been there I’ve had rooms overlooking the river and it’s worth going there just for the view alone: 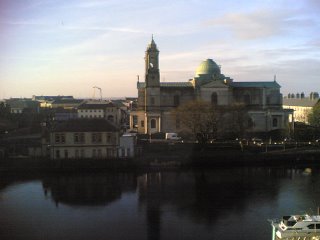 Yes, that is Athlone from a hotel window and not Venice in a Canaletto. Look straight down and the boats dock in the marina immediately below… 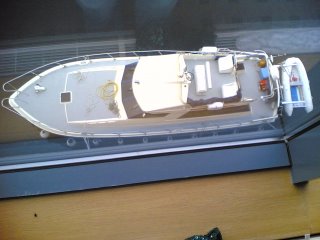 Ate a top meal in the hotel restaurant on the Friday and managed, by some impossible stroke of luck, to stumble on the Left Bank Bistro for Saturday night’s meal. I say luck because we had originally intended to eat just around the corner but instead found it as we were wandering around the town that day. 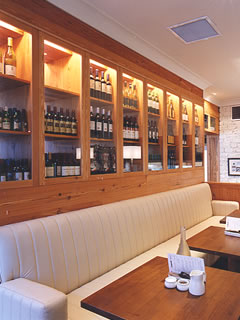 Bit like with 33 The Mall in Waterford a couple of months ago… Brilliant weekend, totally chilled…. 🙂