It’s weird but since I started the new show it’s involved a lot of giving, both of who I am and the kind of music I like. It’s mails like this that make it all worth while…

Lying in bed one night at the ungodly hour of 10PM I tuned into 2FM on my Zen Micro only because it had the clearest reception. I have always associated 2FM with Boy bands and extended ad breaks. Little did I know the treat that was in store for me when your show came on and I heard music that had me leppin in my bed! If you have never seen a grown man trying to “shake his funky thang” under the duvet then I can do you a little video on my camera phone. Er, Perhaps not. Now I have to get up at 6AM every day so I can’t listen to the show right through but I can record it on my Zen and listen to it going in on the train in the morning. The advantage of that is I can check instantly if the previous night’s weather forecast was correct oh and listen to some great music! I teach English as a foreign language to Polish and Latvian students and, with your permission would like to play your show to them with some comprehension questions prepared beforehand like: “How can you win tickets to Meteor” and “Who is the strangest person in Ireland” and “What are Coldplay singing about now”. I think it would be a good way to learn English, that’s how I learned French ten years ago, listening to your French Equivalent Bernard Lenoir on France Inter – “The Black Sessions.” Anyone who has ever lived in France will know what I am talking about. If you’re OK with it then maybe between the two of us and your recorded programme we can get the Youth of Eastern Europe swinging to a different beat and speaking with an Irish Brogue. Do you know what I mean Comrade?

Keep up the good work! 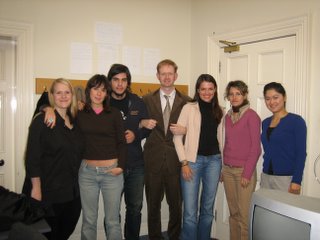 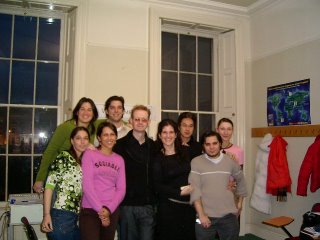 Great email. It’s feedback like that which makes any job worthwhile. Reminds me of a job I did for a customer a few months ago.

Man came in to where I work and had a photo of 2 of his daughters together and then a third separate photo of his youngest daughter who tragically died – she was only 3. He wanted the two photos merged together and put on keyrings and framed. So I did the job and he was over the moon and went on his way.

Just before Christmas I got word from someone else that the job I’d done had literally taken the mans wife out of a deep depression she was in after the child had died. So literally, the bit of photoshopping I did in 10 minutes made a difference. I was totally humbled.

So no matter what job you do, do it with grace and chances are that the smallest thing you do will affect someone else more profoundly than you will ever know.

Kind of reminds me of the story of the Cab Ride which is at http://www.wow4u.com/cabride/

Keep up the good work Rick.

One thought on “THE Nicest E-mail Ever…”