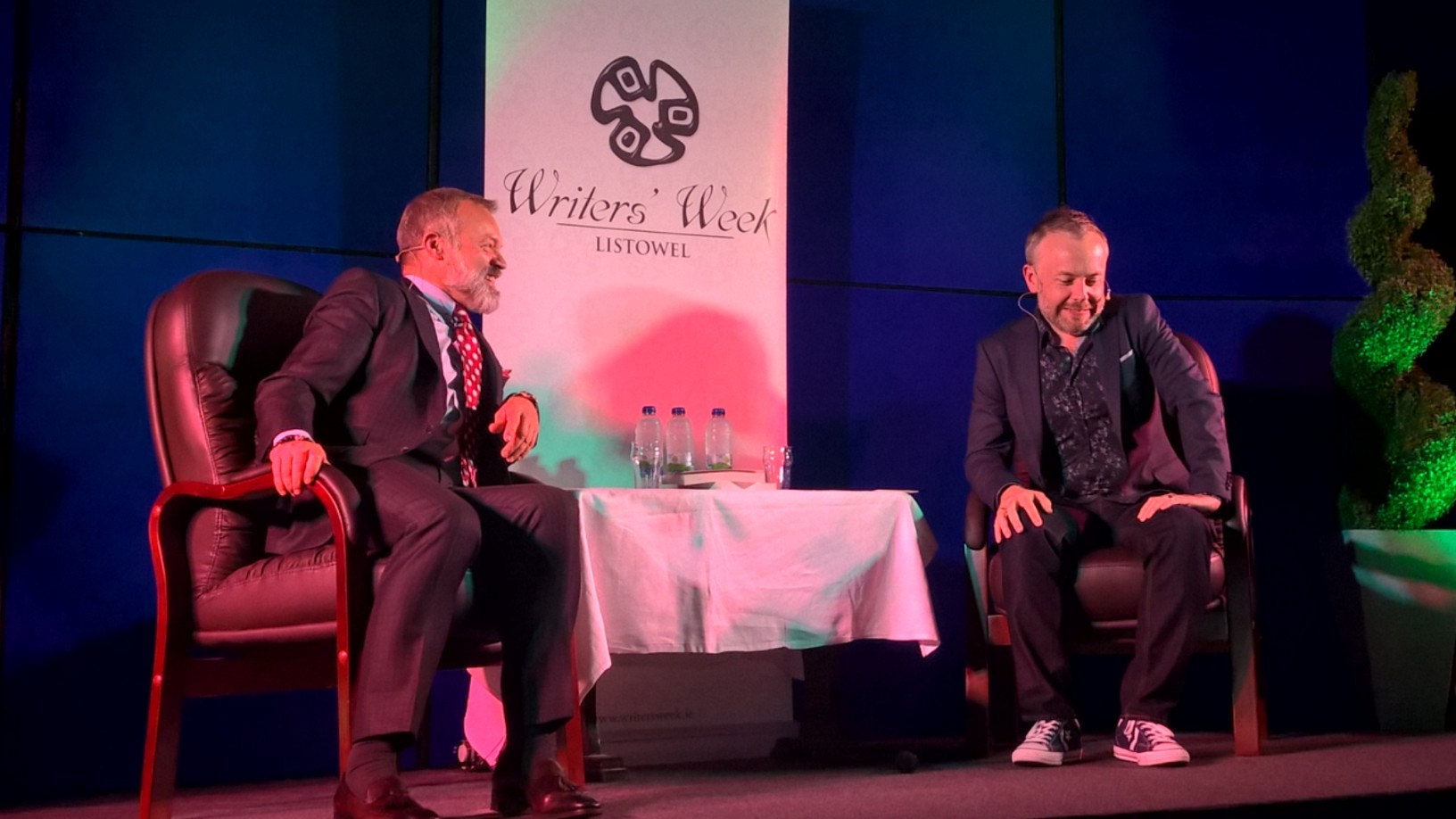 I spent the weekend at Listowel Writers’ Week​ recording this coming Saturday’s RTÉ Poetry Programme​ and conducting the public interview with Graham Norton in the local community centre in front of 750 very excited people both locals and from far afield.

The thing everyone wants to know is “so what’s he like in real life?” Of course, he’s pretty much as you find him on the telly. Lovely, chatty, warm and a total professional. We met about a half hour before the interview and ended up getting on wonderfully (I thought!)

All 75 minutes of the interview itself flew (including the surreal Q&A where my two favourite questions were “Who looks after your dogs?” and “Can I give you a squeeze?”) and, judging from the number of people who told me it was the highlight of the festival for them, I think I did a decent job of it.

Ended up in the hotel bar, talked to half of Listowel, same again when we ended up down in John B. Keane’s Pub​ to be greeted at the door by Billy Keane himself. Lovely, lovely guy, great pub, jammed and they had McGargles​ on tap…

Met the incredibly talented Sara Baume, the now award winning Victoria Kennefick, the ladies of Tramp Press​ and so many others…

I have rarely fallen so in love with a festival and a place as I did last weekend.