Every Seventh Wave by Daniel Glattauer 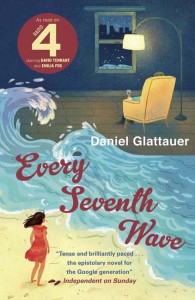 Earlier in the year I read Daniel Glattauer’s Love Virtually, then realised there was a sequel. Wasn’t sure initially that the original book needed it but to be honest I’m glad it happened.

It’s the next part of the story between two Germans Leo and Emmi who meet accidentally online as a result of an incorrect e-mail address and what happens after Leo returns from disappearing to Boston. As usual I don’t want to reveal or ruin any more, just like the first it’s a swift read, a simple yet complex love story and one I ultimately was glad finished off a story between two characters whose fates I’d grown to care about…

Read both of them.